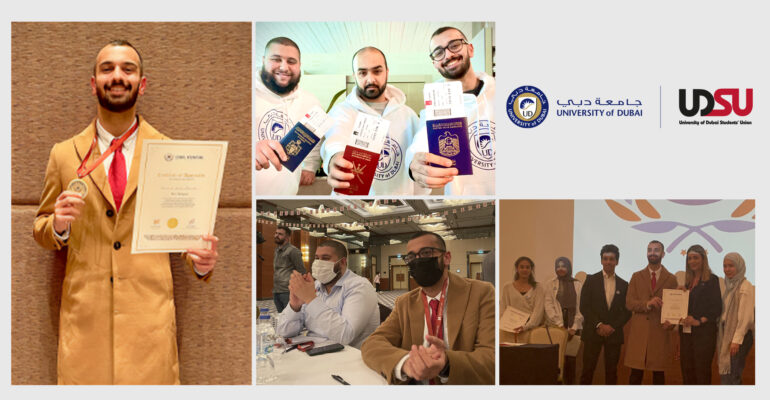 Over  the past years, the Debate Club at the University of Dubai has assigned student members as delegates to represent the University at local and international competitions and conferences around the world. Despite the fact that they have won numerous awards during their successful mission, however they have always kept an eye on the future and their achievements towards their University and community.

Few weeks ago, the Debate Club members grabbed another international golden opportunity by traveling abroad to Istanbul in Turkey for a Model United Nations (MUN) conference in which its Vice President Mohamed Ahmed won the Best Delegate Award at IstanbulMUN representing both UD and the UAE.

The conference was attended by 60 delegates from different cultural and educational backgrounds in addition to UD’s Debate Club members; President Tariq Hindash and Vice President Mohamed Ahmed accompanied by the Head of Student Services Haitham Almaani.

Proud to win as a UAE delegate, Mohamed Ahmed said that the Debate Club is extremely thankful to UD for the incredible support and trust in its students. “We are delighted with our participation in IstanbulMUN as we are looking forward to organizing and attending more conferences in the future!” he added. 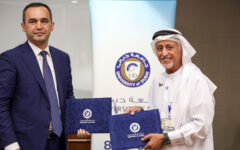 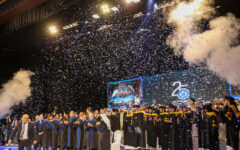 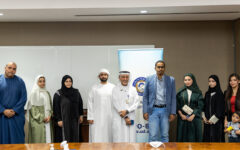 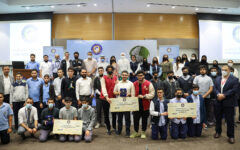